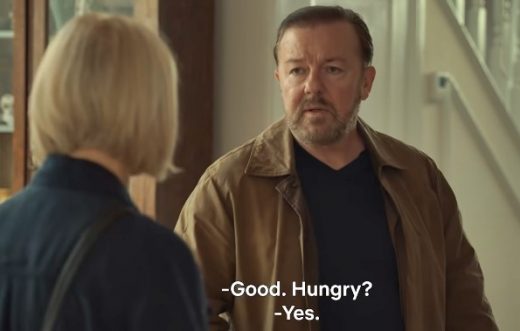 Minnesota-native, singer songwriter Aaron Espe’s ‘Back to the Beginning‘ was played on the soundtrack of the massively popular Ricky Gervais comedy drama After Life this week — After Life, Season 3, Episode 1 — which is now streaming on Netflix.

The song was heard as Tony sits on his laptop.


Aaron Espe’s ‘Back to the Beginning‘ was released on his latest solo album This Time of the Year, which came out via Nettwerk Music Group in 2017.

The song is a gorgeous, guitar-driven, mellow ballad that is a standout not only for its beautiful melody, but primarily for Espe’s sweet, rich voice.

Aaron Espe himself is a self-taught guitarist and singer who started off his career by touring the U.S. playing in coffee shops, bars and churches.

He signed with Nettwerk in 2012, and has been releasing music on their label ever since.

Listen to Aaron Espe’s ‘Back to the Beginning’ as heard on After Life, and learn more about him on his website.

The current season of After Life is the comedy drama’s third and last.

In my opinion, it is the best thing Ricky Gervais has done. A bold, but absolutely true statement to make, as he has created so many wonderful things.