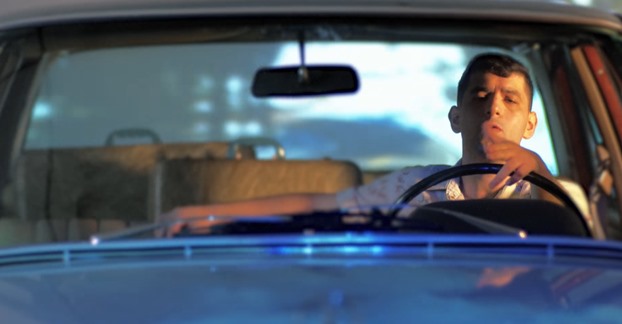 American indie R&B soul singer songwriter Aaron Frazer’s ‘Over You‘ was one of the tracks featured on Grey’s Anatomy this week — Grey’s Anatomy, Season 17, Episode 11, “Sorry Doesn’t Always Make It Right” — which was aired on April 8th, 2021.

The song was played during Meredith’s monologue at the beginning of the episode.

Aaron Frazer’s ‘Over You‘ is from the singer’s 12-track debut solo album Introducing…, which was released in 2021 via the Dead Oceans record label.

The 1960s-tinged song was released as a single from the album along with an official music video. The song itself was produced by Dan Auerbach of The Black Keys.

The video for the track has Frazer driving in his car singing how he is over the person he once loved (not really!), and then at a nightclub drinking with friends, drumming to the track and singing.

Frazer himself began his music career as one of the singers for the soul group Durand Jones & The Indications, which was founded in 2012.

But, while he has recently launched a solo career for himself, there isn’t any indication that he plans to leave the band as he recently mentioned they were working on a new album.

Listen to Aaron Frazer’s ‘Over You’ as heard on Grey’s Anatomy this week in the song’s music video and on the artist’s debut album.

Learn more about the soft-voiced and very lovely Aaron Frazer on the artist’s official website.