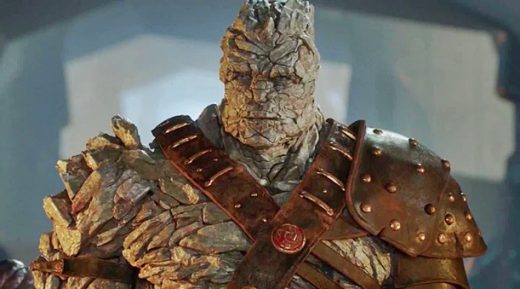 The Swedish pop group ABBA became an international music sensation after they won the Eurovision Song Contest in 1974. In the decade after that, while I was still living in the UK, I bought every album they released. Including their fifth studio album Super Trouper.

And, of course, played them on repeat religiously.


So, to hear ABBA’s ‘Our Last Summer‘ from Super Trouper show up on the Thor: Love and Thunder soundtrack this weekend was cool indeed.

It was the song playing over the flashbacks montage commented on by Korg (Taika Waititi), by the way.

ABBA’s ‘Our Last Summer‘ was from the group’s Super Trouper album, but was not one of the six hit singles released from it.

Not that that stopped Super Trouper becoming the enormous hit that it was.

Super Trouper also went on to become the biggest-selling album in the UK for 1980.

Listen to ABBA’s ‘Our Last Summer‘ as heard on Thor: Love and Thunder, and you will quickly hear why.

Then, listen to the entire Super Trouper album down below because, hell, over 40 years after its initial release, the entire album, including ‘Our Last Summer‘ is still a banger.

Listen to more songs from the Thor: Love and Thunder soundtrack on Leo Sigh.