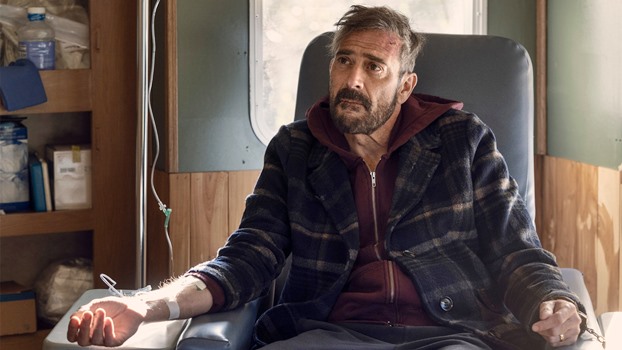 The track was played during the flashback as Negan is playing video games.

AC/DC’s ‘Back in Black‘ is the title track from the band’s seventh studio album.

Released in July, 1980 via Atlantic Records, the Back in Black album was the first one to feature new lead singer Brian Johnson, who joined the band after the death of Bon Scott due to acute alcohol poisoning after a night out in London.

The album charted in seven countries during the year of its release, including the UK and the U.S.

AC/DC’s ‘Back in Black‘ was the third single from the album, and is known for the superb intro guitar riff.

The song was also a tribute to the band’s late lead singer Scott.

Listen to AC/DC’s ‘Back in Black‘ from last night’s The Walking Dead on the album of the same name, and in the band’s official  music video for the track.