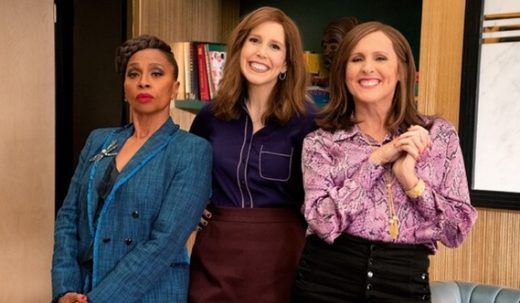 The catchy reggae pop song was played during the episode’s end credits.


Ace of Base’s ‘All That She Wants‘ came out in August, 1992 on the band’s debut studio album Happy Nation. The song was then re-released in 1993 in North America as the lead single from their second album.

‘All That She Wants‘, while a bit bland by today’s standards, was an enormous success for the group in the 90s.

The track was also certified Platinum or Gold in 10 countries, including the UK and the United States.

Ace of Base was founded in 1990 and, more than 30 years later, are officially still together, although they have not performed as a band since 2012.

Listen to Ace of Base’s ‘All That She Wants’ from last night’s I Love That For You in the song’s music video, and on the band’s The Sign album.

Watch the first season of I Love That For You on Showtime.