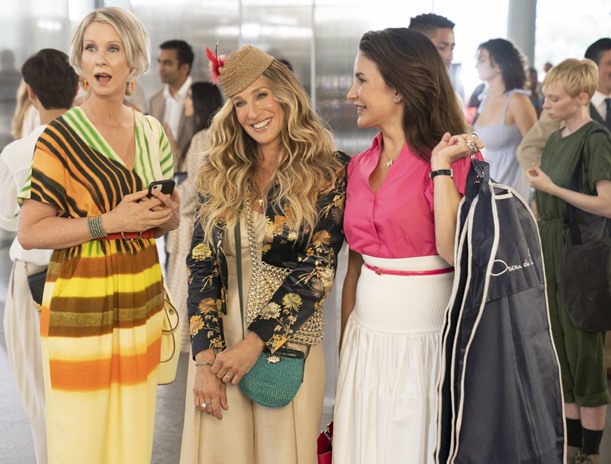 The track was Alabama Shakes’ Hold On‘, which was heard on the episode after Che’s comedy show at the club.

Alabama Shakes’ ‘Hold On‘ was released in 2012 via Rough Trade Records as the lead single from the band’s debut studio album Boys & Girls.

Not only did the single and the album put the band on the musical map upon release, the song charted in six countries, including the U.S., and was also nominated for three Grammy Awards.

Critics loved the track too as, at the time of its release, band lead singer Brittany Howard was still only 23-years-old, but was able to perform the song in such a way its richness and depth made her seem much more mature. And as if she had been performing for decades.

‘Hold On‘ also came with a music video featuring the rock band performing the track in the studio.

Listen to Alabama Shakes’ ‘Hold On‘ from And Just Like That…in the music video, as well as on the band’s Boys & Girls album.

The band themselves went on hiatus in late 2018, although Howard herself is now concentrating on her increasingly successful solo career.