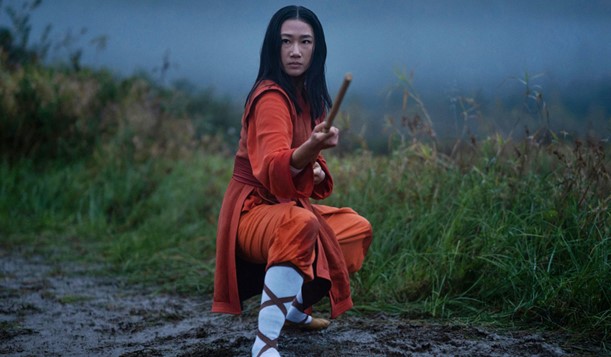 Along with the fabulous updatedness (it’s a word, believe me!) of the new martial arts series Kung Fu, another wonderful thing about the girl-kicks-ass series is the music chosen for its soundtrack.


That cool track was playing as Nicky and Henry are working out, and is a powerful, upbeat pop song with a pounding beat that encourages women to go and get what they want.

‘Go Get It Girl‘ is one of several singles the singer has released in the last couple of years, with various tracks also being chosen for play on hit shows like Teen Mom 2, Batwoman, Selling Sunset, The Titan Games, The Biggest Loser and Siesta Key.

Cross herself got her start in the music business in Nashville as part of an alternative rock band, but went solo when the band broke up.

As she began to create her own songs, she also decided to write and release enormous cinematic songs like her main musical influence Imagine Dragons.

Songs that she feels are also often lacking when it comes to female singers and what they release.

Listen to Alaina Cross’s ‘Go Get It Girl’, one of those big songs, from last night’s Kung Fu in the video and on the Spotify player below.

Learn more about the singer on her official website.