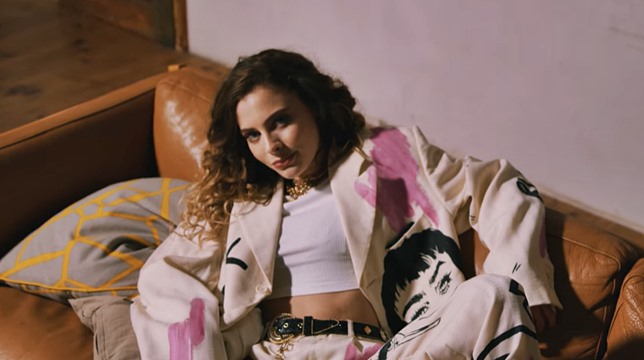 British singer songwriter Amber Van Day’s ‘Kids in the Corner‘ was one of the tracks played on the first episode of the new Netflix teen drama series Fate: The Winx Saga this week — Fate: The Winx Saga, Season 1, Episode 1, “To the Waters and the Wild“.

The song was heard playing as we see an aerial view of Alfea, and then as Bloom (Abigail Cowen) is waiting for someone.

Amber Van Day’s ‘Kids in the Corner‘ was released as the singer’s debut single in 2019 via labels Better Now Records and Island Records, but is just one of a number of songs the Brighton native has written.

Some for herself, and some for other artists, including people like Lost Frequencies, Tujamo, and French DJ Hugel.

The track is also the first song Van Day has had licensed for a hit TV series. She describes the song’s theme this way:

A self-assured anthem about embracing difference and vulnerability and not adhering to labels.

Listen to Amber Van Day’s ‘Kids in the Corner‘ as heard on Fate: The Winx Saga in the song’s official music video. The video features the singer herself, along with a stream of other cool looking people who are all obviously happy being uniquely themselves. 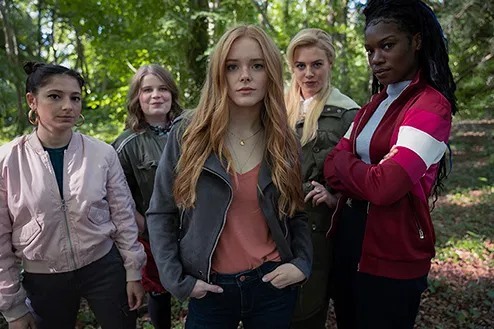 The series follows five fairies who go to school at Alfea, a magical boarding school in the Otherworld. The five must learn to control their powers, while also dealing with typical teen problems like love and rivalry, and not-so-typical-teen problems like monsters out to kill them.

The first season of the new teen fantasy series is currently streaming on Netflix.