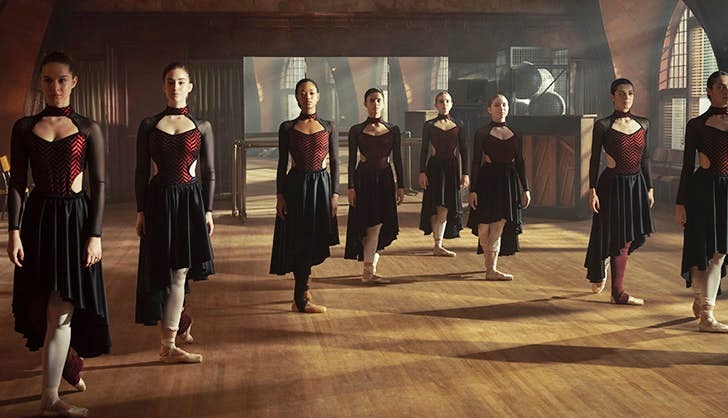 The song was heard during the scene where Shane is on the roof.

A now-London-based artist who talked about the extreme bigotry and homophobia he experienced as a child growing up gay in Catholic-oriented Italy in an interesting interview with The Indy 100 a couple of years ago.

When asked about giving his younger self a message to help get him through those difficult times, Di Giovanni said:

I’d say to little Andrea that it’s ok to be different. It’s ok to be feminine. It’s ok to be gay. You will go through tough times, people will try to shut you up, put you down, shame you because of who you are, your mannerisms, your passions.

I want you to know that these will become your biggest strengths one day. They will be your trademarks. They will define your uniquenesses.

Amen to that, I say. (continue reading and listen to Andrea Di Giovanni’s ‘Shame Resurrection‘ after the promo below…)

Listen to Andrea Di Giovanni’s ‘Shame Resurrection‘ as heard on Tiny Pretty Things in the video and on the Spotify player below.

The song and his voice are beautiful and that slight Italian accent he has as he sings gives me goosebumps.