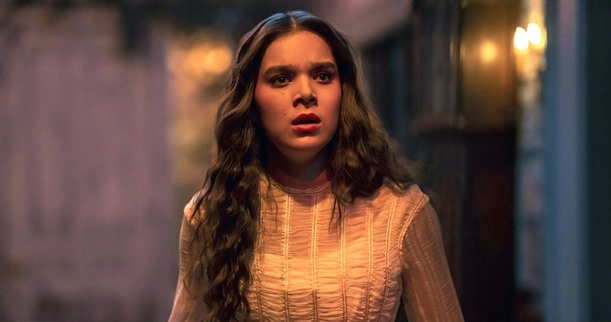 Swedish songwriter, musician and composer Anna von Hausswolff’s ‘Discovery‘ was one of the tracks licensed for play on this week’s Dickinson — Dickinson, Season 3, Episode 8, “My Life had stood – a Loaded Gun –”

The powerful gothic primarily instrumental piece was heard as Emily is on the battlefield and sees Henry’s regiment, and then as a bird appears and she ends up back in the woods.

Anna von Hausswolff’s ‘Discovery‘ is from her third studio album The Miraculous, which was released in 2015 via her own label Pomperipossa Records.

It is a piece that deserves to be played at top volume so that rich, gorgeous sound fills your entire being.

Von Hausswolff herself is often compared to Diamanda Galás, an artist whose album The Divine Punishment I used to idolize way back in the 1980s.

And an artist who, when I used to play her music on my radio show, listeners would call in and accuse me of playing “devil music”.

Interestingly, Von Hausswolff herself was just accused of the same thing, with a group of extremist Catholics accusing her of performimg “satanist music” and causing her planned December 9th concert in a Catholic church in Nantes, France to be cancelled due to their threats.

Yep, we are in the 21st century, and there are still ignorant, backward radicals attempting to destroy artists for the art they create.

A couple of days later, however, and a Protestant church in Paris proved not every religious person is an idiot, as von Hausswolff was able to perform a concert at the Eglise Reformee de l’Etoile.

A concert that was, apparently, put on at the last minute, and primarily because of the ignorance of the extremists in Nantes.

But also a concert that was held with the entire audience forced to wear ineffectual masks by their government in order to ‘protect’ themselves from a virus with a 99.5% survival rate.

Proving, yet again, a large segment of society, hasn’t developed much since the 15th century sadly.

Anyway, back to Dickinson, and you can listen to Anna von Hausswolff’s gorgeous ‘Discovery‘ as heard on that show in the video, and on her album The Miraculous.