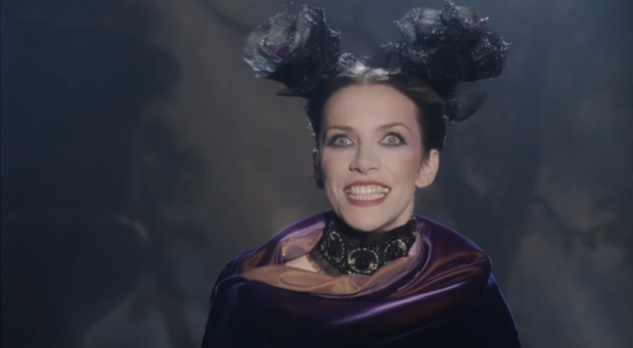 The new Hulu series Nine Perfect Strangers is getting quite a bit of attention this month. Not only for its stars — Nicole Kidman, Melissa McCarthy, Michael Shannon, Luke Evans — and its mysterious plot, but also for the music used on the series’ soundtrack.

Music that includes one of this week’s offerings — Annie Lennox’ ‘No More I Love Yous‘, which was played on Nine Perfect Strangers, Season 1, Episode 4, ” Brave New World” over the end credits.

Lennox’ ‘No More I Love Yous‘ is from the Scottish singer songwriter’s second studio album Medusa.

It is a cover of the original The Lover Speaks song, although Annie Lennox‘ version of the track is the one that garnered the most listens and sales.

The song charted in 18 countries upon its release in 1995, including the UK and the U.S.

In the United States, Lennox’ ‘No More I Love Yous‘ hit the top spot on the Dance Club Songs chart, and eventually won her a Grammy Award for Best Female Pop Vocal Performance.

Annie Lennox’ ‘No More I Love Yous‘ also featured a gorgeous official music video with the singer dressed in a somewhat macabre outfit and dancing with drag queen ballerinas. (watch below)

Listen to Annie Lennox’ ‘No More I Love Yous‘ as heard on Nine Perfect Strangers last night in that music video, and on her Medusa album down below.

And, if you love her sound as much as I do, do also listen to Lennox’ Diva album — twenty five years after its’ release, and it is still one of my Top 10 most favorite ever releases.