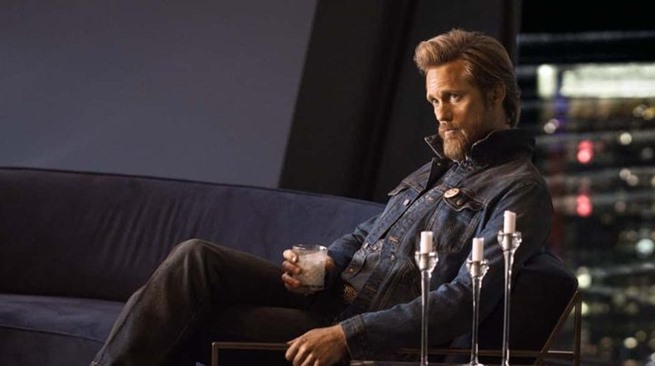 The gorgeously dark song was played as Larry is in Harold’s house searching for evidence.

Apparat’s ‘Goodbye’  is from the musician’s 2011 studio album The Devil’s Walk.

The album was his first release on the British indie label Mute Artists. It was quite successful for the independent artist at the time, making it to the #54 spot on the German Albums chart upon release.

The many layered and quite heavy and mysterious ‘Goodbye‘ is also likely to be a track you recognize from the opening of the hit Netflix series Dark, as it played over the opening titles.

It is also just one of many songs Apparat has had licensed for hit TV series, including shows like Top Gear, Nikita, Parenthood,  The Secret Circle, and Bad Education.

Listen to Apparat’s ‘Goodbye’ (featuring Soap & Skin) as heard on last night’s The Stand on his 2011 album below, and on the official audio video of the track.