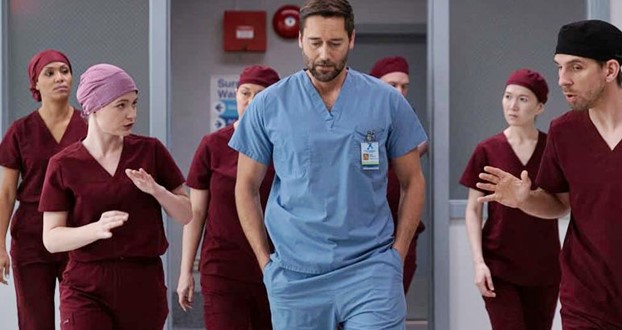 Iconic American singer Aretha Franklin’s ‘The House That Jack Built‘ showed up on the new episode of New Amsterdam last night — New Amsterdam, Season 4, Episode 6, “Laughter and Hope and a Sock in the Eye“.

The song was played as we hear Max say “Yes” to all of Veronica’s requests now that she’s out of town. After all, he might as well piss her off as much as he possibly can, right?

Aretha Franklin’s ‘The House That Jack Built‘ was originally released by another singer, Thelma Jones, earlier in the same year Franklin recorded and released the song (1968).

The earlier version was not a success for Jones, but Franklin herself grabbed it and ran with it, causing the track to hit #2 on the R&B chart and #7 on the Hot 100 chart.

It also charted high in both the United Kingdom and the Netherlands (at that time, known as Holland).

Franklin also managed a double hit the same year, as the song’s B-side “I Say a Little Prayer” also ended up charting high in the United States and the UK.

Listen to Aretha Franklin’s ‘The House That Jack Built‘ as heard on last night’s New Amsterdam in the video, and on the soul singer’s massive 87-track album The Queen of Soul.