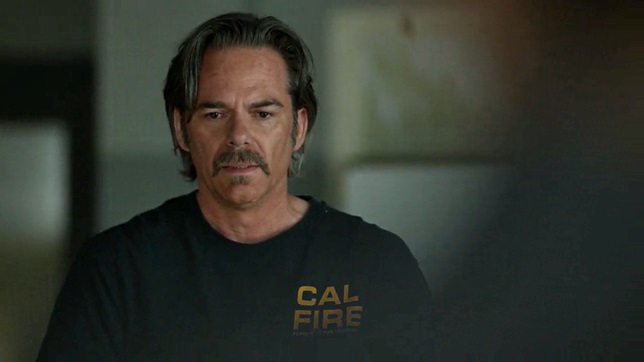 The deeply emotional song was heard during the ending montage as Vince is talking to Meg’s parents about their law suit and tells them he also lost a child, then pleads with them not to blame his son, and as Jake and Gabriela talk about Bode.


Avi Kaplan’s original version of ‘Chains‘ was released on his 2020 third EP Lean on Me, which came out on the Sequoia Summit and Fantasy record labels.

That group is the Grammy Award winning  a cappella group Pentatonix, and Kaplan used to be their bass vocalist.

Kaplan went solo in 2017 though, and has since released three EPs, over a dozen singles and, in early 2022, his debut studio album Floating on a Dream.

Listen to Avi Kaplan’s ‘Chains (Alt Version)’ as heard on Fire Country last night on his Lean On Me EP and in the video.

And yes, the song is as beautiful as his stunning voice.