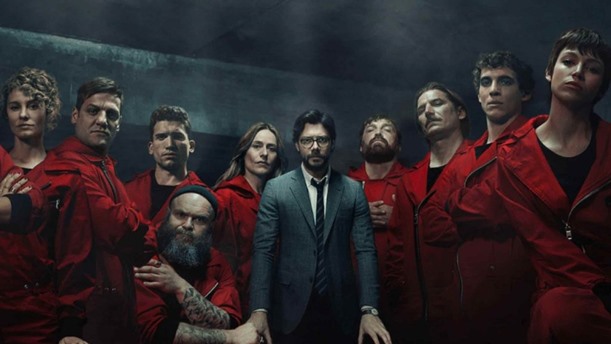 The song played during the episode’s opening scene.

Band of Horses‘ ‘The Funeral‘ is from the rock band’s debut studio album Everything All The Time, which came out in 2006 via Sub Pop Records.

‘The Funeral‘ was the lead single from the 10-track album, and came with a barely in-focus black and white music video featuring a man visiting bar after bar, and drinking at each one.

In between bars, he gets back in his car and drives to another one until, after the last bar, he is so drunk he cannot keep his eyes open.

The video ends with the suggestion he crashes into a truck. Whether he dies or not is left up to the viewer’s interpretation.

The track, which has been named one of the best rock songs ever released, has also apparently grabbed the imagination of numerous TV and movie music supervisors, as it has been played on an enormous number of projects — including Gossip Girl, One Tree Hill, 90210, Criminal Minds, How I Met Your Mother and, now, Money Heist (aka La Casa de Papel).

Listen to Band of Horses’ ‘The Funeral‘ as heard on Money Heist in the song’s official music video, and on the band’s Everything All The Time album.