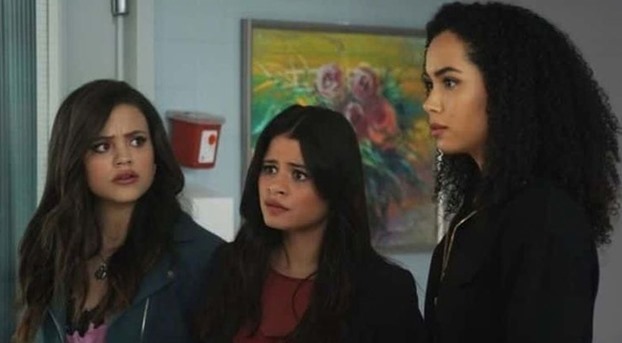 If you’re looking for a song that makes you feel like you’re fierce and can do anything, pop rock singer songwriter Bardot & The Blue Bloods’ ‘Dangerous Woman‘ is just that song.

The track was played on the soundtrack of last night’s Charmed — Charmed, Season 3, Episode 13, “Chaos Theory” — during the montage where Maggie tells the others that Abby and Jordan have been sent to the Tomb of Chaos, and then as the sisters ask the Perfecti to free them.

Bardot & The Blue Bloods’ ‘Dangerous Woman‘ is from the Winnipeg, Canada native’s recent five-track EP Buzzin, which was released earlier this year via Palladium Records and Position Music.

The track is an upbeat pop rock song with powerful lyrics that will make any woman feel like strutting down the street, because listening to it will make them believe they can do anything.

No wonder coming from this bold artist because, as she says herself on her Position Music bio, she wants her listeners “to be unapologetically themselves, to be bold, and to just go for it. Shit, life is short.”

You can say that again!

Listen to Bardot & The Blue Bloods’ ‘Dangerous Woman‘ on her new EP below.

The third season of the popular teen fantasy drama Charmed is currently airing on The CW, and has already been rebooted for a fourth season.