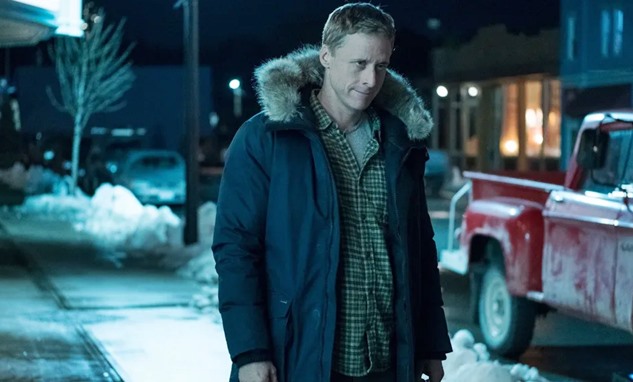 The song was played as Harry was getting his wife drunk. It played again as he is drugging her.

Barry Manilow’s ‘Can’t Smile Without You‘ is from the American singer songwriter’s fifth studio album Even Now.

It was the second time the song had been released by an artist, with several versions released by others later on, but it is the Manilow version that is the most famous.

Manilow’s version of the love song is sweet as it begins with a soft whistle introducing the song, but then builds to a powerful finale.

Manilow’s ‘Can’t Smile Without You‘ was also a huge hit for the Brooklyn, New York native.

It made it to #1 on the Billboard Adult Contemporary Chart, and charted at #3 on the Hot 100 chart. The upbeat love song also charted high in Australia, Canada, South Africa, New Zealand and the UK.

Listen to Gary Portnoy’s ‘Where Everybody Knows Your Name’ from Resident Alien, Season 1, Episode 4

Listen to Barry Manilow’s ‘Can’t Smile Without You‘ as heard on Resident Alien last night, along with a slew of other Manilow hits, on his superb album Even Now below. And yes, the album really does stand the test of time.

There is also a lovely live version of the song Manilow performed on the British TV show Parkinson way back in 1978 you should check out.

Resident Alien is airing on the Syfy channel.