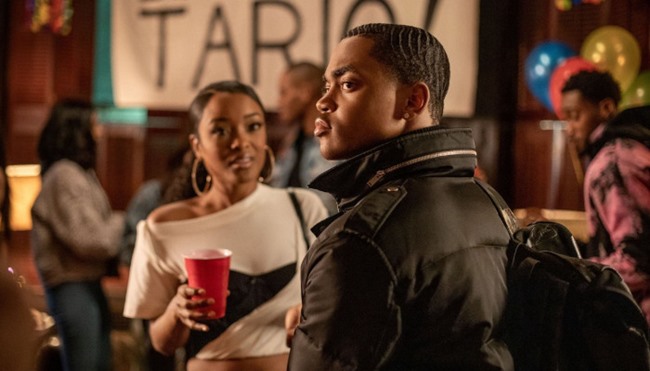 The track is from the trio’s six-track EP of the same name, which was released in 2016 via the indie label OWSLA.

The Amazon blub says this about the BASECAMP release:

The new release builds on their previous breakout Greater Than EP, which beautifully showcased their signature blend of lo-fi electronic and R&B. The new EP is a collection of intricately produced tracks featuring brooding vocals enveloped by an air of undeniable seduction.

After a quick listen of the EP and, of course, the stunning “In Stone‘, I have to say I agree.

Because their track ‘In Stone‘ in particular starts off mellow, mysterious and slowly rich, but has soon introduced a gorgeous melody, hypnotic snap claps, and an ever-increasing pounding beat that builds to an absolute frenzy of sound that eventually seems to fill your every atom.

A sound I can imagine dancing to on a sweaty, jam-packed dance floor along with hundreds of other people who also believe music is as important to life as air.

BASECAMP comprises Aaron Miller, Aaron Harmon, and Jordan Reyes — three American music producers who definitely understand electronic music and the beauty it can create if you are willing to move away from the norm.

Listen to BASECAMP’s ‘In Stone‘ from this week’s Power Book II: Ghost in the gorgeously filmed but very bleak official music video below, and in the trio’s EP below that.

And, of course, check out more of their music on Spotify (that streaming service’s player is below), (artist link here).

Sadly, however, according to their Facebook page, it seems the three guys from BASECAMP have now stepped away from the project to pursue other interests.

Now that is a shame.