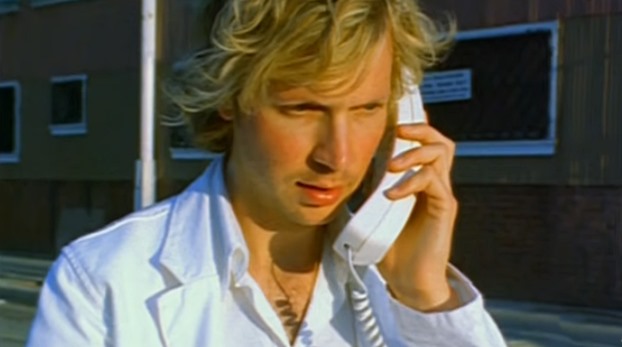 The song was played over the final montage of the episode.

Beck’s ‘Lonesome Tears‘ is from the alternative rock, hip hop artist’s eighth studio album Sea Change, which was released in 2002 on the Geffen Records label.

It is one of a slew of melancholy songs appearing on the album after Beck broke up with his long-term fiancée when he found out she had been having an affair.

Considering the largely morose music on Sea Change was a marked change to the songs he had released previously, the album did not sell as well as his other work.

Although it was critically acclaimed as one of his best, if not the best, album, and was certified Gold.

Beck’s ‘Lonesome Tears‘ was one of the standouts of the album, and arrived with an official music video featuring the singer basically living his life like he would in his living room, but out on the street instead.

Again, though, the video wasn’t particularly interesting to most Beck fans as, in the 12 years since its release, it still has just over 1 million views on YouTube.

Listen to Beck’s ‘Lonesome Tears‘ from Gossip Girl in that video and on his Sea Change album below. The song is depressing and sad, but it is beautiful.