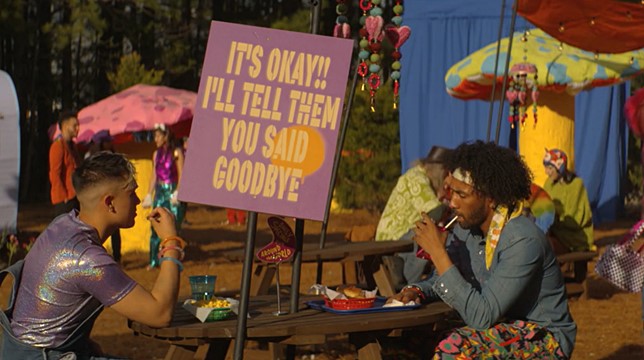 Beth Ditto’s ‘We Could Run‘ was one of the many songs played on the soundtrack of this week’s episode of Doom Patrol — Doom Patrol, Season 4, Episode 4, “Casey Patrol“.

The catchy extremely danceable track was played at the end of the episode as Casey and Dorothy leave Danny, get in the car and drive away to Cloverton.


Beth Ditto’s ‘We Could Run‘ is from her debut and as yet only studio album Fake Sugar, which came out in 2017 on the Virgin record label.

The song features Ditto‘s signature huge country-tinged vocals, and has an upbeat message about refusing to play it safe, and instead breaking the rules so you can do something pretty spectacular.

Like most of the other tracks on the album, it is pretty damn powerful, which is a given with the singer’s superb vocals.

In other words, Beth, when will we be getting another full-length release from you, as I already know this one inside out and back to front?

Listen to Beth Ditto’s ‘We Could Run‘ as heard on Doom Patrol on her Fake Sugar album, and in the song’s official music video, which features the singer interspersed with shots of two teenagers doing just that — running.

Until they are caught by police, and shoved into a patrol car to be driven back home.