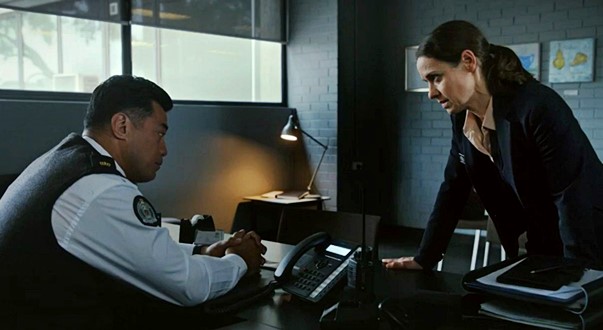 The track was heard at the end of last night’s episode of the drama series, in what has been a superb season that is sadly the show’s last.


Betta Lemme’s ‘Give It‘ was released by the indie singer in 2018 as a stand-alone non-album single. While popular with fans, the single did not chart.

That fact doesn’t seem to have bothered Lemme, however, especially as ‘Give It‘ was quickly licensed for play on hit TV shows like Tiny Pretty Things, Elite and Monarca, as well as in the recent movie The Craft: Legacy.

Lemme herself got her start in the professional music world in a collaboration with American pop duo Sofi Tukker. She also choreographed the song’s music video dance moves.

Her own debut single ‘Bambola‘ came out a year later, and was eventually certified Gold.

Since then, the Montreal native has released an EP and almost a dozen singles. Several of which have gained popularity on the soundtracks of TV shows.

Listen to Betta Lemme’s ‘Give It‘ from last night’s Wentworth on the Spotify player below, and in the song’s official music video.

She sings the cool electro pop song in both English and French — both languages in which she is fluent.

Watch Wentworth on Netflix, if it’s available in your country.