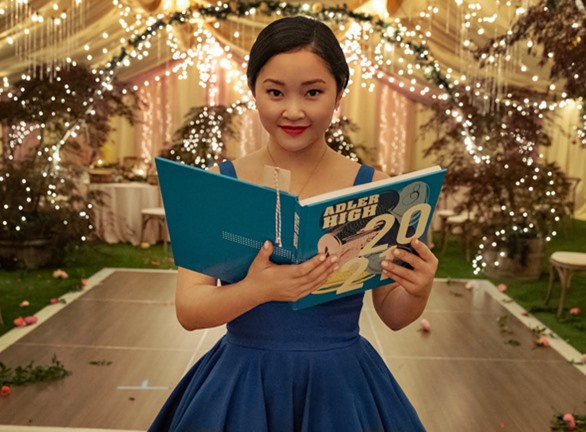 Australian-American singer songwriter Betty Who’s ‘I Love You Always Forever’ was that incredibly cool track played on the trailer for the just-released Netflix film To All The Boys: Always and Forever, Lara Jean.

Of course, ‘I Love You Always Forever‘ was also likely recognizable for many people who have been into hit electro pop music in the last few years.


After all, the song is not only memorable for its catchy chorus, but it was a big hit for Betty Who on the U.S. Billboard Dance Club Songs chart at the time of its release.

‘I Love You Always Forever’ was not written by Who, however, but was originally written and released by Welsh singer Donna Lewis back in 1996, and was also as enormous of a hit for her.

Betty Who’s cover version of the song was released in 2016 and was the singer’s third song to hit the top spot on the Billboard Dance Club Songs chart.

It was also the first song that gave her the recognition she deserved in her native country of Australia.

There the song made it to #6 on the ARIA Singles chart.

The more electronic cover of the original song reappeared on Betty Who’s sophomore studio album The Valley, which was released via RCA in early 2017.

It also spawned a music video when it was first released of shots of Who singing the song interspersed with various couples, gay and straight, gazing adoringly at each other.

Listen to Betty Who’s ‘I Love You Always Forever‘ as heard on the To All The Boys: Always and Forever, Lara Jean trailer in that music video and in the original trailer for the film below.