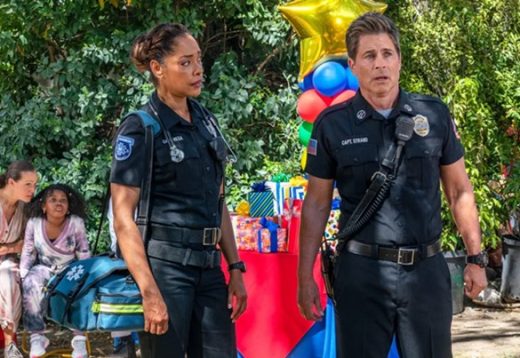 The late Southern soul music singer Big John Hamilton’s ‘Before the Next Teardrop Falls‘ was that sweet song playing on 9-1-1: Lone Star last night as Grace is at Tommy’s talking about her problems with Dave taking over her life — 9-1-1: Lone Star, Season 3, Episode 15, “Down to Clown“.

Big John Hamilton’s ‘Before the Next Teardrop Falls‘ was released in the late 1960s, and was one of around 10 singles Hamilton released.


The lyrics of the song tell the story of a man who has lost the woman he loves to another man. But, even so, he is telling her, if the other man ever makes her cry, he will be waiting in the wings to comfort her.

Sadly, Big John Hamilton never did get the recognition he deserved, even after releasing this lovely song, and so slowly disappeared back into obscurity not long after the track was recorded.