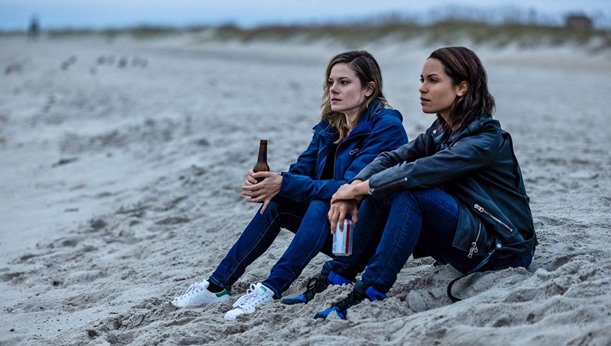 The song was played over the episode’s end credits.

Big Thief’s ‘Shark Smile‘ is from the band’s sophomore album Capacity, which came out in 2017 via the Saddle Creek record label.

While not an enormous commercial success in the United States, Capacity was critically acclaimed and ultimately appeared on several critics’ Best of…lists for the year.

Since then, the band has released two more albums, both in 2019, with the album released after Capacity — U.F.O.F. — being nominated for a Grammy Award.

Listen to Big Thief’s ‘Shark Smile‘ as heard on Hightown last night down below.

The song is a banger that, while beginning with one of the most discordant intros I have heard in a rock song in a while, it melds into one of the sweetest tracks vocally.

You can learn more about the band and their music on their official website.