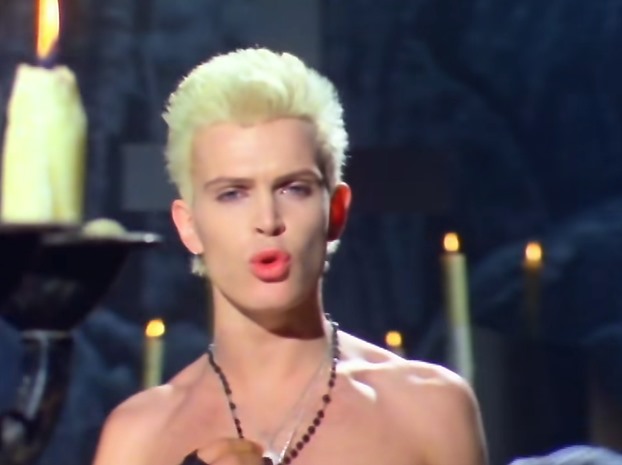 The song was played as Bethany is stressed, and loses it with her mother and bridesmaids.

Released in October, 1982, the song became one of the tracks Billy Idol is most known for, becoming a big hit in the U.S., the UK, Australia, Canada and New Zealand. It had its highest chart placing at #1 in Canada.

‘White Wedding Part 1‘ has also been an enormous success story for Idol when it comes to songs being licensed for TV shows and movies.

Along with 9-1-1, the track has been featured in a huge number of TV shows, everything from Against The Wall, Everybody Hates Chris, White Gold, The Simpsons and My Name is Earl, to American Horror Story, Skins (UK), The Goldbergs, Wicked City and Republic of Doyle, along with (of course!) the movie The Wedding Singer.

It has Idol at a gothic wedding interspersed with the artist singing and playing his guitar, while backed by black latex clad dancers. The bride in the video was his then-girlfriend, dancer and singer Perri Lister.