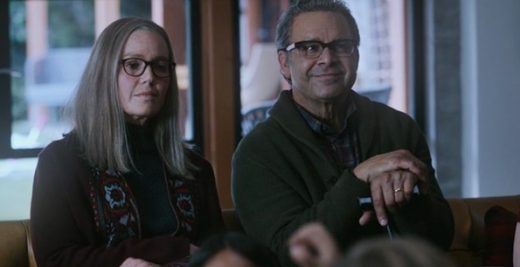 Billy Joel’s ‘And So It Goes‘ was one of the many songs featured on the soundtrack of This Is Us yesterday — This Is Us, Season 6, Episode 15, “Miguel“.

The matter-of-fact song was played during the entire ending montage, as Miguel is in Rebecca’s bedroom, Kevin visits Miguel’s son, his son joins the Pearson’s for Christmas, and then after Miguel has died and his ashes are scattered under the tree and on the baseball diamond.


Billy Joel‘s ‘And So It Goes‘ was released as the last song on the singer’s 10th studio album Storm Front, which came out in 1989 on the Columbia label.

Interestingly, the song was written about Joel’s relationship with model Elle Macpherson, which happened several years before ‘And So It Goes‘ was released when Macpherson was still only 19 and Joel was 33.

The black and white music video for ‘And So It Goes‘ features Joel performing the song in concert.

Listen to Billy Joel performing ‘And So It Goes‘ in the song’s video, and on his Storm Front album.