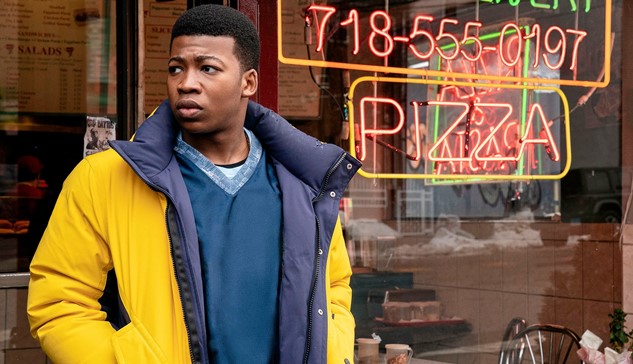 The song was played as Raq shows Kanan how to cook crack cocaine.

Black Sheep’s ‘The Choice is Yours’ was the second single from the duo’s debut studio album A Wolf in Sheep’s Clothing, which came out in 1991 via both Mercury and Polygram.

It was a track created from a slew of samples, including Iron Butterfly’s ‘Her Favorite Style‘, Johnny Hammond Smith’s ‘Big Sur Suite‘ and New Birth’s ‘Keep On Doin’ It’.

The song has stayed relevant in the 30 years since its release, having been licensed for use on a slew of TV series including Dope, Fresh Off the Boat, Surviving Jack, and the Netflix psychological thriller YOU.

It was also featured on the film Spider-Man: Into the Spider-Verse. (continue reading and listen to Black Sheep’s ‘The Choice is Yours’ below…)

The pair actually didn’t meet in New York, however, but became friends soon after both their families moved to North Carolina.

Sadly, though, the pair were only together for six years and broke up in 1995 due to the disappointment of their second album release not gaining much traction.

Listen to Black Sheep’s ‘The Choice is Yours’ as heard on tonight’s Power Book III: Raising Kanan in the track’s official music video, and on their A Wolf in Sheep’s Clothing album.