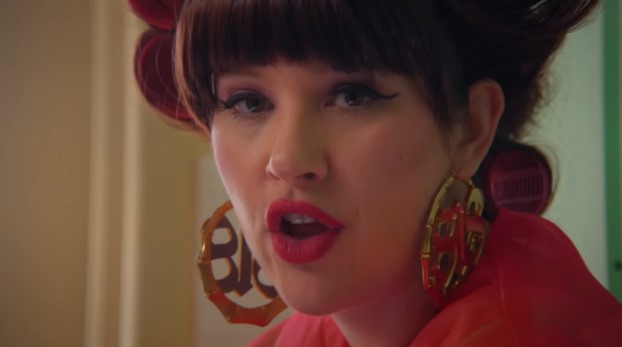 American indie pop band Bleached’s ‘Hard To Kill‘ was one of the tracks featured on the Amazon Prime animated series Invincible this week — Invincible, Season 1, Episode 7, “We Need To Talk“.

The track was played as we see Monster Girl arriving back at The Guardians’ headquarters.


Bleached’s ‘Hard To Kill’ is from the band’s third studio album Don’t You Think You’ve Had Enough?, which was released in 2019 via the indie record label Dead Oceans.

The song was the third single from the album, and was released as a double-sided single along with ‘Shitty Ballad‘. It features a fabulous bridge, an awesome bass, superb vocals and a cool 1980s vibe.

Yep, the song is a total banger.

‘Hard To Kill‘ came with an official music video featuring the band’s two female members, and was filmed in and around Los Angeles.

Bleached, by the way, comprises sisters Jennifer Clavin on guitar, synths and providing lead vocals, and Jessica Clavin on lead guitar and bass.

Nick Pillot is the band’s drummer.

Listen to Bleached’s ‘Hard To Kill‘ as heard on Invincible in that official music video, and on the band’s album Don’t You Think You’ve Had Enough?

You can watch the first season of Invincible on Amazon Prime.