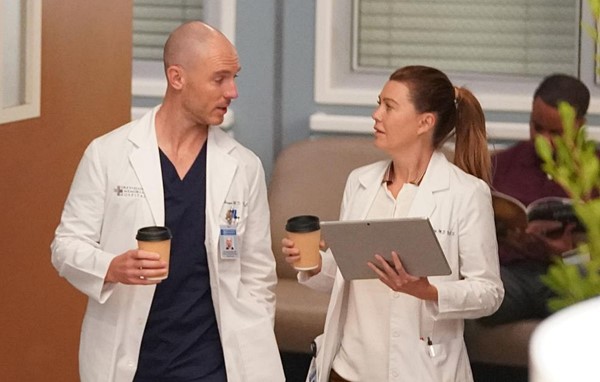 While last night’s usually fabulous when-it-comes-to-music Grey’s Anatomy wasn’t a stand out for the songs played on its soundtrack, there was one song that was superb.

That song was Blessing Offor’s ‘Brighter Days‘, which was played on Grey’s Anatomy, Season 18, Episode 3, “Hotter Than Hell” beginning during the scene at the morgue, and then finishing as Addison meets Meredith and Derek’s children.

The song itself was a lovely choice for that final scene in particular, a scene that was quite teary, but is also a stand out due to its gorgeous melody and Offor’s powerful vocals.

Blessing Offor’s ‘Brighter Days‘ was released as a double single earlier this year, along with his song ‘Tin Roof‘, and is one of several releases the Nigerian-born American singer songwriter has had in the last few years.

An upcoming EP is due out later this year.

Offor himself was sent to the United States at age six because of having  glaucoma and needing surgery. He remained in the U.S., growing up in Connecticut and attending Nashville’s Belmont University, where he realized music needed to be his life.

Thankfully for us as, if this is the caliber of songs a relatively newcomer to the American music industry produces, then we have a heckuva lot of great things to look forward to.

Listen to Blessing Offor’s ‘Brighter Days‘ as heard on last night’s Grey’s Anatomy down below. And do listen to other songs via the singer’s Spotify account, as his work is beautiful.