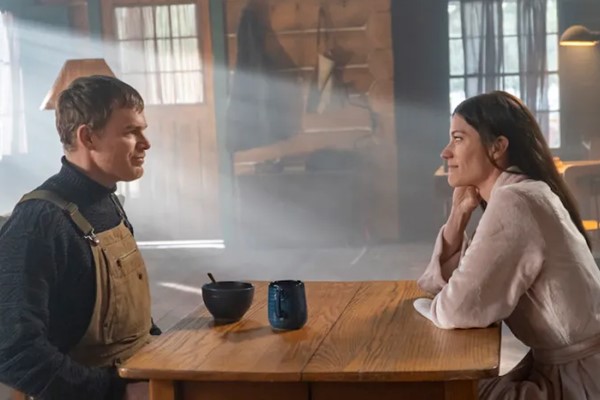 The song was playing as we see Dexter (Michael C. Hall) and his girlfriend Angela (Julia Jones), the town’s chief of police, arriving at the line dancing bar.

Blondie’s ‘Heart of Glass‘ was first released as the third single from the American band’s third studio album Parallel Lines, which came out in 1978 via the Chrysalis record label.

The track was written by lead singer Debbie Harry and guitarist Chris Stein, and was an enormous hit for the band, making it to the #1 spot on the charts in six countries, including the top spot on three different charts in the United States.

The track was a more disco-style song than the new wave band had released previously, causing criticism from critics, who apparently expected Blondie to continue to play the same music over and over again.

Not that that worried Debbie Harry or the rest of Blondie, as they were just thrilled the track became one of the band’s biggest hits.

Blondie’s ‘Heart of Glass‘ also came with a music video featuring the band performing the track in a New York nightclub, although with the camera concentrating on Harry and her quite mesmerizing beauty.

Listen to Blondie’s ‘Heart of Glass‘, as heard on Dexter: New Blood this week, in the music video and on the band’s Parallel Lines album.