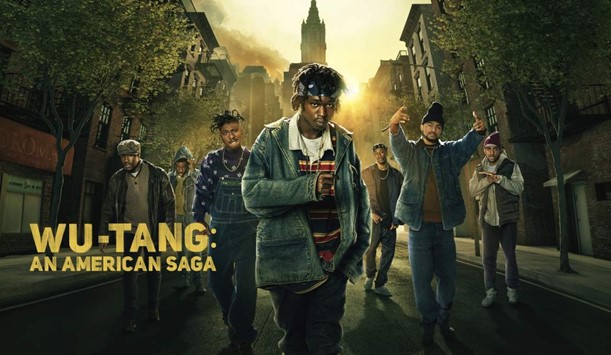 The song was played over the episode’s end montage.

Blue Magic’s ‘Three Ring Circus‘ is the lead single from the Philadelphia-based group’s sophomore album The Magic of the Blue, which was released in 1975 via Atlantic Records.

The song hit #36 on the Billboard Hot 100 chart, and #5 on the Hot R&B/Hip Hop Songs chart on release. The album it came from also charted at #14 on the R&B chart, making the release a solid success for Blue Magic.

Blue Magic themselves was founded in 1972 and, almost 50 years later, is still together although not in its original form as there are now two different forms of the band headed by different band members.

Listen to Blue Magic’s ‘Three Ring Circus‘ as heard on Wu-Tang: An American Saga last night in the video, and on the band’s album The Magic of the Blue.

Season 2 of the Emmy-nominated Wu-Tang: An American Saga is airing on Hulu.