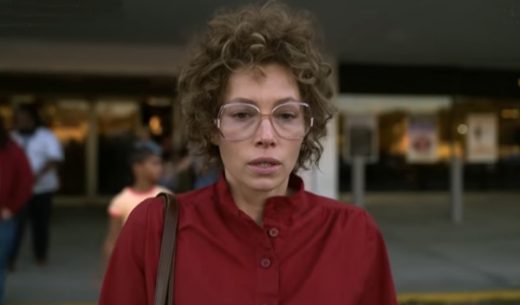 And I say ‘lesser known’, as the song is a banger, so it’s more than a little sad it didn’t get the attention it deserved upon release.


Then again, being featured on a hit Hulu series ain’t all bad either, eh?

The upbeat track was played on the show as Sherry, Allan and Candy are playing volleyball.

‘Jump On It‘ was released in 2014 on McGilpin’s album Let the Music Take You High. It is one of several albums, EPs and singles the singer has released over the last five decades.

McGilpin himself had several hits in the 1970s, with his song ‘Superstar‘ becoming a Top 10 hit.

Listen to Bob McGilpin’s ‘Jump On It‘ as heard on Candy in the video, and on the singer’s Let the Music Take You High album.