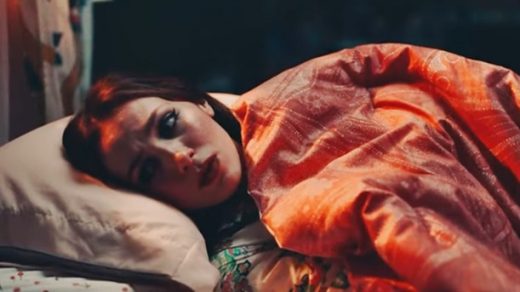 That fabulous 1980s rock song Bonnie Tyler’s ‘Holding Out for a Hero‘ was one of the songs played on Euphoria this week during Lexi’s play — Euphoria, Season 2, Episode 7, “The Theater and It’s Double“.

Originally, ‘Holding Out for a Hero‘ was released on the soundtrack of the hit movie Footloose back in 1984.


The raspy-voiced Bonnie Tyler then re-released the song two years later as the lead single from her sixth studio album, Secret Dreams and Forbidden Fire.

And a funny memory for me about the song is standing in the kitchen of my apartment with friends right around the time ‘Holding Out for a Hero‘ was becoming a hit.

When I questioned why one of my friends had just broken up with her boyfriend, she began singing that song at the top of her lungs. Not sure if she ever found him though?

‘Holding Out for a Hero‘ is also a helluva dance track. One I often used to exercise to during home aerobics because, hell, that’s a banging beat.

A beat that, 35 years after its release, can still get me dancing as hard as I can.

No wonder the song was chosen for inclusion on this week’s Euphoria track, eh?

Listen to Bonnie Tyler’s ‘Holding Out for a Hero‘ from Euphoria on her Secret Dreams and Forbidden Fire album, and in the song’s official music video.

The western-themed video is as cheesy as those ridiculous lyrics, but still a whole lot of fun.