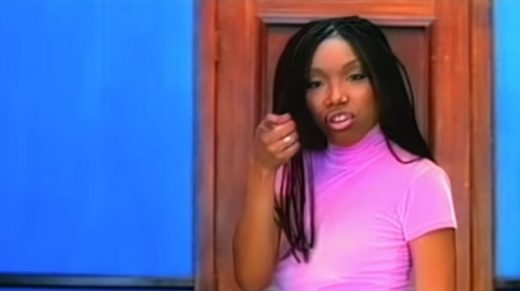 The track was played at the beginning of the episode during the dance scenes.


Brandy’s ‘Sittin’ Up In My Room‘ was originally written for and released on the soundtrack of the hit Whitney Houston film Waiting to Exhale.

It charted in five countries, making it to #1 on the U.S. Rhythmic chart, as well as to #2 on the American Hot 100 chart, the Dance Singles Sales chart and the Hot R&B/Hip-Hop Songs chart.

The song has a music video starring Brandy, who began the video lying on her bed watching dancers on TV, until she begins dancing around the bedroom.

The video is also interspersed with clips of other people dancing at a house party, until Brandy herself joins them.

The song is a sweet, catchy dance number, with a melody that quickly grabs you.

As for Brandy, she has been releasing music since she was a teen in the early 90s.

In June of this year, she signed with Motown Records, giving her a return to a major record label after releasing her previous album on her own record label.

Listen to Brandy’s ‘Sittin’ Up In My Room‘ as heard on last night’s episode of Reservation Dogs in that video, and on her The Best of Brandy album.

You can watch the latest season of Reservation Dogs on Hulu.