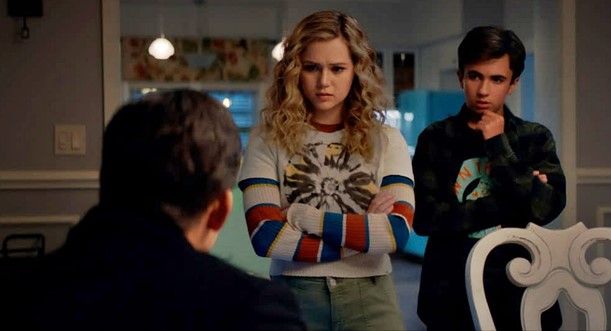 The song was heard playing as Courtney and Pat are taking a trip to Civic City, where the JSA’s headquarters is and where Pat’s superhero den is also located. And no, the song doesn’t help dissipate the palpable tension between Courtney and Pat.

Brenda Lee’s ‘I’m Sorry‘ was released in 1960 and is probably the most recognizable song recorded by the American singer.

At the time of its release, Lee was just 15-years-old, and setting off on a career that would span decades. 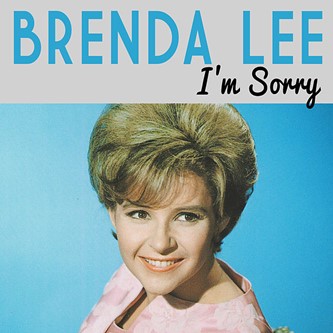 To this day, ‘I’m Sorry‘ is known as one of the most iconic ‘teen pop songs’, although it definitely has a more country feel than being a straight up pop song.

So much so, it is now known as the country song that ushered in that now-iconic strings-oriented/backing vocals-led sound so many other country artists emulated for years afterwards.

The track charted in the UK at #12, and at #4 on the U.S. R&B chart, and has since been used on the soundtracks of the Robin Williams’ film The Fisher King, and the TV series The End of the Fucking World, The Wire, The Simpsons and Woke.

By the way, there are still a few more episodes of this season’s DC’s Stargirl to come before the season ends and, yes, the series has already been renewed for a third season. Hurray!