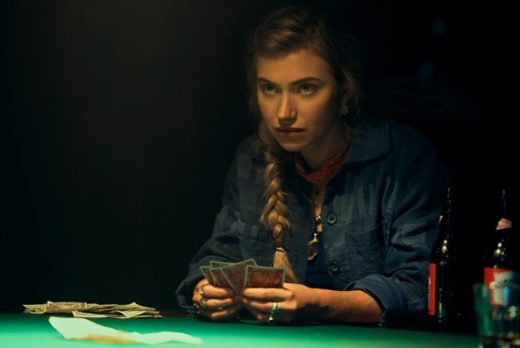 The song was played as Autumn (Imogen Poots) and Royal (Josh Brolin) are playing poker, and Royal is trying to win the necklace.


Bruce Springsteen’s ‘State Trooper‘ was released on the singer’s sixth studio album Nebraska, which came out in 1982 on the Columbia record label.

The simple, somber, depressing track was influenced by the music of New York City synth punk band Suicide, and is not remotely reminiscent of most of Springsteen’s other work.

Listen to Bruce Springsteen’s ‘State Trooper‘ as played on this week’s Outer Range in the video, and on the singer’s Nebraska album.