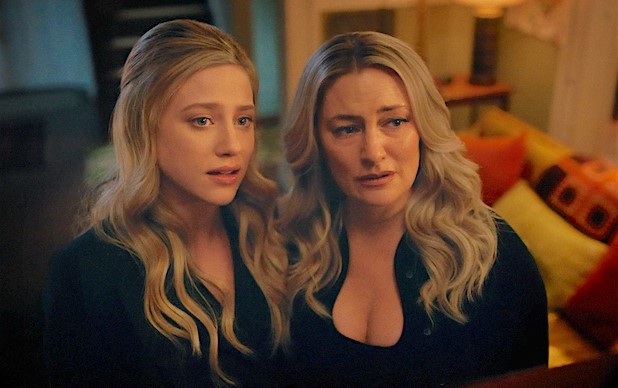 The late American country music singer and songwriter Buck Griffin’s ‘Bow My Back‘ was played on last night’s musical episode of the teen drama Riverdale — Riverdale, Season 5, Episode 18, “Chapter Ninety-Four: Next to Normal“.

The deceptively upbeat song was heard as Tabitha is showing her parents the things she has done to improve Pop’s.

Buck Griffin’s ‘Bow My Back‘ was just one of the many tracks the Texas native recorded over his more than 60-year career.

While the singer never had a hit record out of the many songs he released, Griffin did have a thriving live career touring all over the United States playing in bars, clubs and concert halls.

He also founded a record label, Rotary Records, and wrote songs for other singers of the day that were much more successful than his own releases.

Buck Griffin died of complications of emphysema in 2009 just a few days shy of his 86th birthday. He left behind a large library of works featuring his distinctive voice and music.

Listen to Buck Griffin’s ‘Bow My Back‘ as heard on Riverdale in the video, and in the Spotify player down below.