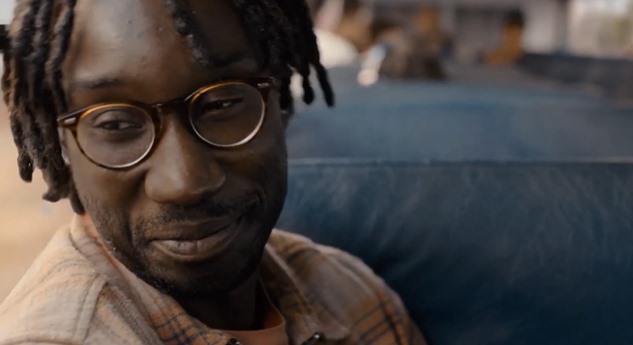 The song was heard during the ‘One Week Earlier’ segment, as Ana and Greta are on a Skype call,  as Naomi is having an argument with her mother, and as Nathan and Ariana are flirting.


Buscabulla’s ‘NTE‘ is from the indie duo’s 11-track debut studio album Regresa, which was released last year via the Ribbon Music record label.

The album was written after the pair returned to Puerto Rico from New York, where they had been living for several years, and saw first-hand the devastation of Hurricane Maria.

It charted on the Billboard Latin Pop Albums chart at #15.

‘NTE‘ came with a misty music video featuring the duo and their backing band performing the track on a rock by the ocean.

The track itself is classified as tropical synth pop.

Buscabulla is a husband and wife duo originally from Puerto Rico, then based in New York for several years before they returned to their home island in 2017.

Listen to Buscabulla’s ‘NTE’ as heard on Genera+tion last night in both the official music video and on their debut album Regresa that, by the way features several other similarly excellent songs.