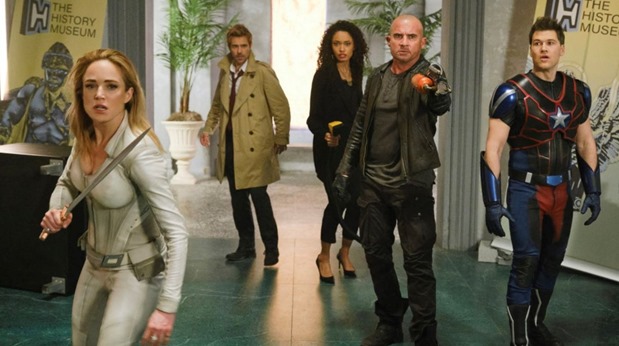 The song was heard at the beginning of the episode as John and Zari are at his house, and as they perform.

Buzzcock’s ‘Ever Fallen in Love (With Someone You Shouldn’t’ve)‘ is from the punk band’s second studio album Love Bites, which was released in 1978, and was written by the band’s lead singer and guitarist Pete Shelley.

Shelley said he came up with the title from a line in the classic move Guys and Dolls, and thought it would make a great song title.

The song charted in the UK and Ireland, while a cover version of the track recorded by the British rock band Fine Young Cannibals in 1986 charted in 10 countries, and was a big hit in the United States and the UK.

The band’s album Love Bites also made it to #13 on the UK Albums chart.

Listen to Buzzcock’s Ever Fallen in Love (With Someone You Shouldn’t’ve) as heard on DC’s Legends of Tomorrow in the band’s live 1978 performance on the classic British TV series Top of the Pops, and on their Love Bites album.