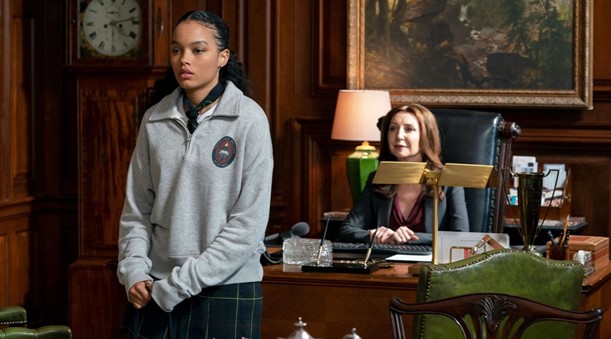 The appropriately titled song was heard playing as Julien arrives at the party with Obie.

Jepsen’s ‘Julien‘ is one of the tracks from her fourth studio album Dedicated.

The mid-tempo synth-pop song was the third single released from the pop album, with the singer describing the lyrics as being about a boyfriend who ‘might have been the one that got away’. Something it seems, from the lyrics at least, Carly Rae Jepsen herself seems to now regret.

We had a moment, we had a summertime
Asked me to leave with you, but I could never decide
I’ve been so torn up, I’ve been so out of it
I’m forever haunted by our time

At the time of its release, the track was talked about by several music critics as being one of the best on the album, but was a commercial failure for the Canadian singer, failing to chart in any country including the United States.

An odd thing really, as ‘Julien’ is quite catchy and cool.

Listen to Carly Rae Jepsen’s ‘Julien‘ as heard on last night’s Gossip Girl on her album Dedicated and in the video.

The first season of the latest version of Gossip Girl is now on HBO Max.