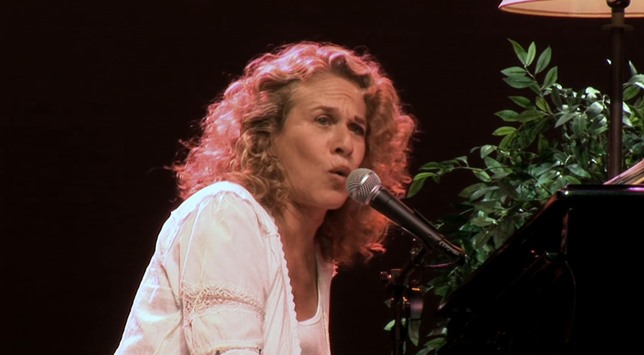 The song was heard as Dylan, Caleb and Katie are hiking up to the Hollywood sign.


Carole King’s ‘I Feel The Earth Move‘ was originally released on the singer’s sophomore studio album Tapestry. An absolutely enormous hit for the singer at the time and since, and one that was quite unexpected at the time after her first album, Writer, was barely noticed.

King’s Tapestry, however, made up for the disappointment of Writer by being awarded four Grammy Awards, making it to #1 on both the Billboard Hot 100 chart and the Easy Listening chart, and eventually becoming the 81st best-selling album of all time.

Tapestry also charted at #1 in Japan, Spain and Canada, and went on to be certified Gold in Japan, Platinum in New Zealand, 2 x Platinum in the UK, 8 x Platinum in Australia, and Diamond in the United States. (continued after the promo…)

Since then, Carole King has become one of the most successful singers of the 20th Century, with more than 30 solo albums released, a slew of singles and numerous Grammy Awards.

Listen to Carole King’s ‘I Feel The Earth Move‘ as played on 9-1-1 on the video ,and on her album Tapestry on Spotify. (see bottom of article)

There is also a gorgeous live performance the singer gave of the song in 2005 as part of her Welcome To My Living Room DVD you should watch at the bottom of this post.

And by the way, do take note when you do, at the time the now-78-year-old King was already 63-years-old and, while she didn’t look it, she certainly did not act it.