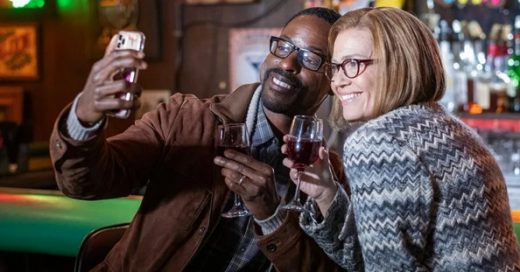 British singer songwriter Cat Stevens’ ‘Where Do the Children Play?‘ was heard on the soundtrack of This Is Us last night — This Is Us, Season 6, Episode 10, “Every Version of You“.

The song was played during the episode’s ending montage.


Cat Stevens’ ‘Where Do the Children Play?‘ is from the singer fourth studio album Tea for the Tillerman, which was released in late 1970 via the Island and A&M record labels.

While the album was panned by several critics at the time of its release, after All Music’s William Ruhlmann gave it a superb review, it went on to become a huge seller for the indie musician.

Nowadays, more than 50 years after its release, Cat Stevens’ Tea for the Tillerman is not only known as one of the singer’s best works, but also one of the best albums of the 1970s.

Cat Stevens himself converted to Islam in the late 1970s and, since then, has released music under the same name, as well as under Yusuf and his adopted name Yusuf Islam.

Listen to Cat Stevens’ ‘Where Do the Children Play?‘ as heard on This Is Us in the video, and on the remastered version of Stevens’ Tea for the Tillerman album.

The song’s lyrics talk about the constant building over of green fields and playgrounds for skyscrapers and office buildings asking, as the mass building and industrialization continues, where do the children play?