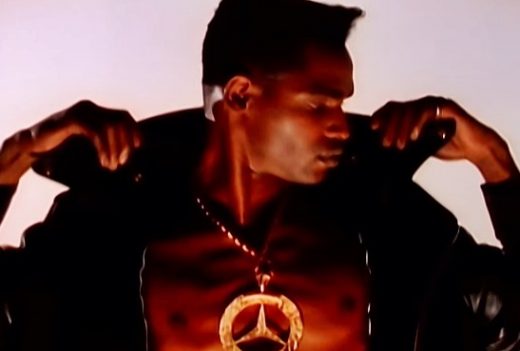 The song is played as Stargirl and the JSA try to take down the robbers, but then Artemis arrives and knocks all the bad guys out.


C+C Music Factory’s ‘Gonna Make You Sweat (Everybody Dance Now)‘, which of course you will immediately recognize from that screaming “Everybody dance now” command the song begins with, came out in late 1990.

The song was the lead single and title track from the group’s debut album Gonna Make You Sweat,  which was released on the Columbia label.

It was a huge hit worldwide charting high in 20 countries, but did particularly well in Austria, Germany, Sweden and the United States where it hit #1 on the charts.

In the U.S., it also charted on three other charts.

Unfortunately, the ‘Gonna Make You Sweat‘ video featured model Zelma Davis lip-syncing to the song, instead of singer Martha Wash who sang the female vocals on the track.

Sure, she’s beautiful, but what a snub to the person with the amazing voice, eh?

Listen to C+C Music Factory’s ‘Gonna Make You Sweat (Everybody Dance Now)‘ from DC’s Stargirl in that music video, and on the group’s Super Hits album.

Watch the new season of DC’s Stargirl via The CW.