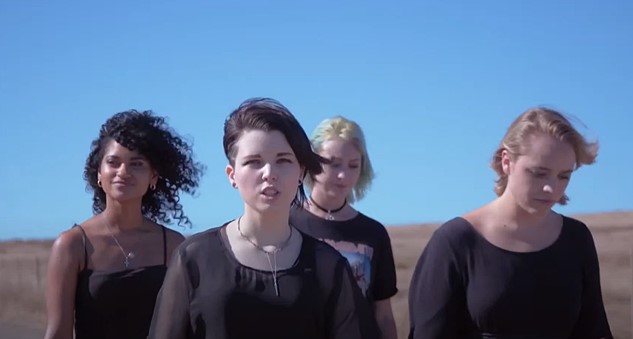 Cece Vee’s ‘Wild Hearts’ is one of the singer’s first two singles. Both of which ended up garnering her attention from several influential radio stations at release.

The mellow song also came with an official music video, shot and directed by Josh Cookson.

It features the singer and backing musicians walking on a road in the desert just outside Cape Town, and then performing the song out in the open.

The musicians eventually hitch a ride from a passing car and drive off down the road still playing.

Vee told Music in Africa, what the song meant to her:

“Someone with a wild heart is someone who dreams big and won’t let anything get in the way of their happiness and authenticity.”

Listen to Cece Vee’s ‘Wild Hearts‘ as heard on last night’s Good Trouble in that music video and in the Spotify player below.

You can learn more about the South African artist on her website.