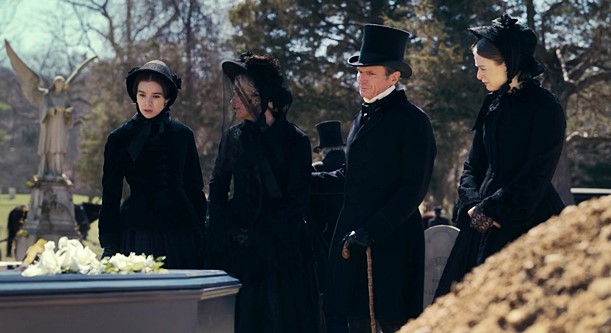 As the period comedy drama Dickinson continues to introduce superb contemporary music to its audience, one of the tracks played on the first episode of its new season last night was American electric blues guitarist and drummer Cedric Burnside’s ‘Step In‘ — Dickinson, Season 3, Episode 1, “”Hope” is the thing with feathers“.

The track was heard as Emily and Betty are talking, and as Henry is hitchhiking down south.

Cedric Burnside’s ‘Step In‘ is from the guitarist’s latest album I Be Trying.

Released this year via Single Lock Records, the track asks God to step in and help him solve his problems. Because, if he doesn’t, he fears he will be lost:

Burnside himself is one of the best electric blues guitarist and drummers in the United States.

His music has been nominated for several Grammy Awards and, earlier this year, Burnside was awarded a National Heritage Fellowship by the National Endowment for the Arts, one of the United States’ most important arts awards.

Listen to Cedric Burnside’s ‘Step In‘ as heard on Dickinson in the song’s official music video. It was filmed in the studio as Burnside records the song.

You can also hear the song on his latest album I Be Trying down below as well, which you can buy via Bandcamp.