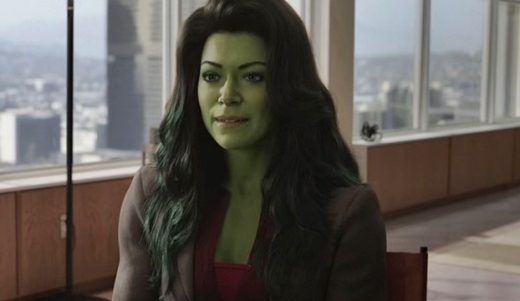 British-American singer songwriter Celeste’s ‘Stop This Flame‘ was one of the songs played on the soundtrack of She-Hulk: Attorney at Law this week.

The song was played as Jen and Nikki arrive at the Bar and Grill. Jen is still in Hulk form, while Dennis complains to her that she is just using her superpowers for her own benefit.


Celeste’s ‘Stop This Flame‘ was released as the second single from the singer’s debut studio album Not Your Muse, which came out in January, 2020 on the Polydor label.

The song was the singer’s first ever solo single (she released her first single ‘Sing That Song‘ along with record producer Tieks), and it ended up being a big hit for the relatively new singer charting in 10 European countries.

The upbeat R&B/jazz track was also certified Silver in the UK.

‘Stop This Flame‘ came out with a music video filmed in New Orleans that begins with a man on the street playing a piano, then Celeste walking through the streets singing as groups of musicians, bands and dancers perform.

Listen to Celeste’s ‘Stop This Flame‘ as heard on She-Hulk on the song’s music video, and on Celeste’s debut album Not Your Muse.

And, of course, watch She-Hulk: Attorney at Law on Disney +.