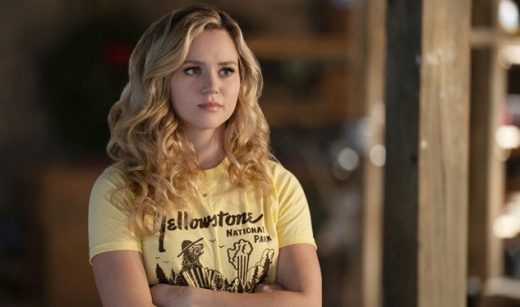 Chaka Khan’s ‘Like Sugar‘ was one of the tracks featured on the latest episode of DC’s Stargirl last night — DC’s Stargirl, Season 3, Episode 2, “Chapter Two: The Suspects“.

The song was playing as we see Lawrence spying on Steve, and is one of the coolest funk songs I have heard in a long time.


Chaka Khan’s ‘Like Sugar’ was released in 2018 as the lead single from the American R&B soul singer’s twelfth studio album Hello Happiness, which came out in 2019 via the Island record label.

It was the first album of original music Chaka Khan had released since 2007, and an album that charted in six countries — making it to #10 in Scotland and #18 in the United Kingdom.

The ‘Like Sugar‘ music video, while simple, was also a standout, as it featured a variety of dancers dancing to the track so well, it makes you want to get up and dance yourself.

Listen to Chaka Khan’s ‘Like Sugar‘ as heard on DC’s Stargirl last night in that fabulous video, and on Chaka Khan’s seven-track Hello Happiness album.