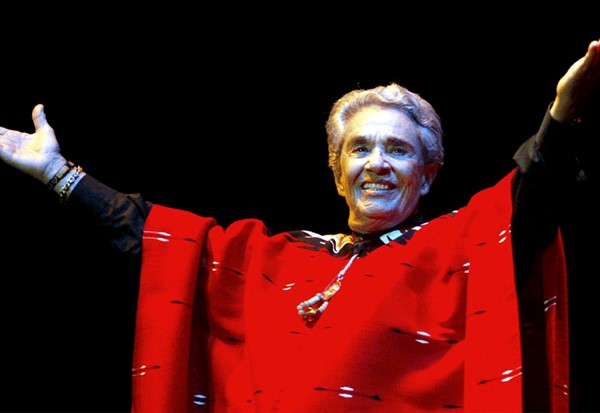 The late Costa Rican singer songwriter Chavela Vargas’ ‘Que Te Vaya Bonito‘ appeared on the soundtrack of Money Heist this month — Money Heist, Season 3, Episode 5, “El espectáculo de la vida“. It was the song playing at the beginning of the episode and, man, was it fabulous.

Chavela Vargas’ ‘Que Te Vaya Bonito‘ is an incredibly sad song written from the perspective of a woman who has walked away from the person she loves.

Not because she doesn’t love them anymore, but because she has either been told it will be for the best by someone close to that person, or because she believes so herself.

In English, the opening lines of the song sound something like this:

Hopefully it will be nice for you.
Hopefully your sorrows will end.
That they tell you that I no longer exist
That you meet better people.
That they give you what I couldn’t give you.
Even though I’ve given you everything.
I’ll never bother
you again. I adore you, I lost you.

The track was also likely written from Chavela Vargas (aka Isabel Vargas Lizano) to a woman she was in love with, and whose loss to her was devastating.

Vargas herself lived most of her life without being open about her sexuality or who she was. It was only when she was 81 years old that she finally came out publicly admitting she was gay.

She did not live a life alone, however, as she was known to have had relationships with several women over her life, and it was also rumoured she once had affairs with both Frida Kahlo and actress Ava Gardner.