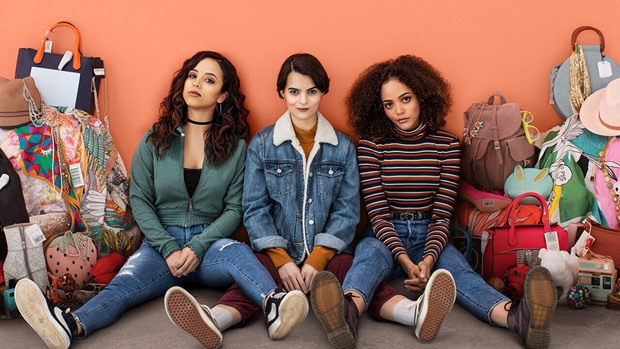 American electropop singer songwriter Clairo’s ‘Feel Something‘ showed up on the new season of the teen drama series Trinkets this week — Trinkets, Season 2, Episode 1, “Supernova“. It was the song playing over the end credits.

‘Feel Something‘ is from Clairo’s debut studio album Immunity.


Released in August, 2019 via Fader Label, Immunity was placed on the year-end Best Albums of 2019 lists by a number of critics, including those at Consequence of Sound, Billboard, The Guardian, Pitchfork and NME.

The album also charted in the United States., the United Kingdom, Canada, France and Australia.

Clairo herself has also been seeing a large amount of success this year and last year, having her songs licensed on a wide variety of hit TV shows, including Defending Jacob, The Baker and the Beauty, The Bold Type, Ballers, Skam Belgium and To All The Boys: P.S. I Love You.

Listen to Clairo’s ‘Feel Something‘ in the video below and you will understand why.