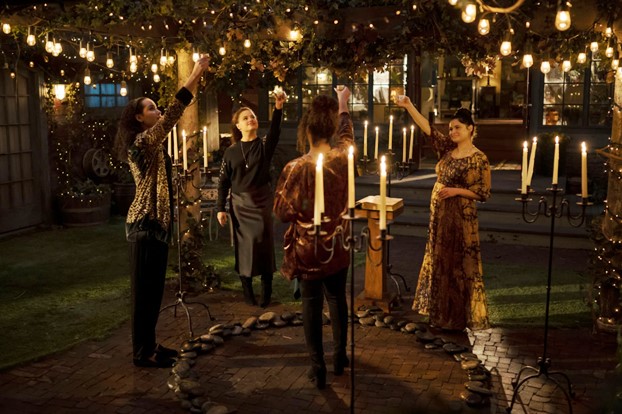 The song was heard as the sisters are celebrating Josefina, and as Josefina gives them the new Book of Shadows. It continues playing as Harry tells Macy he is thinking about becoming mortal.

Roses & Revolutions’ ‘Still Standing’ is from the duo’s self-titled EP, which was released in 2016 via the Nettwerk Music label.  The indie pop duo comprises singer Alyssa Coco and guitarist Matt Merritt.

The two met on social media while still in high school, decided to found a pop duo and have been together creating music ever since. They have yet to release a debut album, but have recorded a slew of EPs and singles.

Along with their latest Charmed feature, Roses & Revolutions have also had their music featured on shows like Selling Sunset, Teen Mom 2, The Village, Heartland and in the movie Marrying Father Christmas.

Listen to Roses & Revolutions’ ‘Still Standing‘ as heard on last night’s Charmed in both the music player, and on the song’s lyric video below.

Learn more about the duo on their official website.